Member For 2 Years
So let's talk this witch hunt that is going on against vaping and the vape community. The very first thing I will say is people are so gullible these days they read an article online and they immediately think it's true. " Well it must be...it's on the internet" or "Well it's from CNN or FOX or FDA" And that's with anything, not just vaping
Second, no one has ever claimed that there is zero harm in vaping. What we are saying is it is without a doubt much safer then smoking cigarettes. How many thousands of carcinogens are in a single cigarette? How much tar? Vaping is the safer alternative of the two. And the FDA wants to take away my right to choose to Vape? While it still being OK to buy cigarettes? Now how does that make any sense? That’s like making a law saying that when the traction on your tires reaches under 70 percent you have to change them. Oh but it's ok to run them if they are 10 percent or below. That makes absolutely no sense...does it. Trying to take away my right to do something safer, but saying I can still do the more dangerous option.

Now let's talk misleading articles. Pictures of "Vapes" blowing up. Bloody faces...pants on fire...holes in legs...and a guy dying from shrapnel into the brain. Eliquid flavors (specifically diacetyl) causing "popcorn lung). The Vapes that I've seen articles saying that blow up all show pictures of regulated mods. That is misleading. Mechanical mods are the most basic device you can get. They have no internal circuit boards. Mechanical mods draw straight from the charge of the battery with no "fuse" per se to stop or shut down if the load becomes to much for the battery. But let’s be real…there are a ton of warning signs before a battery is going to “blow up”. If your mod becomes hotter then usual...if it makes any funny noises…push button and nothing happens. Don’t be one of these tools who gets a paper towel or towel and wraps around his Mech because it’s to hot. And don’t put your mod into your pocket if you have change or keys in it. You have to have a little common sense. The article I read showed a picture of a regulated device with a young girl vaping it and the headline said” e-cigarette that all the kids are using explodes killing a man” Again, misleading. The picture was of a regulated device. And THOSE are what the majority of vapors use. Most vape shops won't even sell you one unless you have knowledge of Ohms law and prove to them you do. If you know what your doing and have a proper understanding of ohms law and just have some common sense, they aren’t dangerous.

Now popcorn lung...there were some companies using a VERY SMALL amount of diacetyl in flavoring. However most Eliquid manufacturers refuse to make or stores carry any Eliquid containing diacetyl. As you should be somewhat concerned what you are putting into your body, so research your Eliquid. You can get an ingredients list from most all the reputable Eliquid manufacturers to see what's in your Eliquid. Let's also point out that all those people who died or had lung problems from that popcorn factory...were inhaling powder form of diacetyl. And it took years. Let's also point out there is 100 times more diacetyl in a cigarette.

Now let's talk about second hand vapor. When I vape...I have courtesy for others. I don't blow my vape toward them. But..again this has been proven...that the vapor is just that. Vapor. It's no different then a fog machine or a humidifier you may have in your home. Again..tested and proven. Do some of that research we talked about. You will find it online.

How about this whole flavor ban thing? Isn’t that a crock. Saying it targets children? So adults arnt allowed to want to have strawberry or banana flavored Eliquid? Yet we have strawberry banana daiquiris and wine coolers. Flavored beer and cigarettes. Oh yes…flavored cigarettes. Where is the uproar for that? I started smoking when I was 14. If a kid wants to smoke he/she is going to smoke. Period. Which would you rather have your child do? Yes…I agree…none. I have three teenagers and I would rather have them neither, But if behind my back, as my 17 year old son did, while all his friends were smoking he was vaping. He took one of my devices while I was asleep and tried it. He said it was either that or cigarettes. I ground him and told him that was not ok, but between the two….and that when he is 18 if he so chooses to still want to do something then he can vape. Now don’t misunderstand me, I’m not saying it’s ok for kids to vape. I’m saying if they are going to do one or the other. Which would you rather have? And taking away flavors is basically insuring EVERYONE goes to or back to smoking cigarettes. Oh, and the three friends my son was with. They all smoke cigarettes. They had a vape available and they didn’t want it. They chose the cigarette. So this “vaping is a gateway” is a crock. I believe if they take away flavors it will drive more people to smoking. So trying to take away a safer alternative and leave the most dangerous one. Smart move FDA. Another $$$ thing.

Now for one I have researched and I DO believe is not great for you. Inhaling wet condensation into your lungs. That cannot be healthy. Can it kill you? Nothing has been found or linked to it. But that's 1 thing compared to how much goes into your lungs from a cigarette? Remember vaping is the safer alternative to smoking. So many people ask me when they see my vape do you think that is safe? I don't ever recall hearing anyone push that vaping is the absolutely safe. You are inhaling condensation into your lungs. You are still getting Nicotine which raises blood pressure among other things. But of were going to get into everything that might raise your blood pressure including food...we would be here all week. Vaping is the safer alternative to smoking. I used vaping to quit smoking. But it should be my choice if I want to continue vaping. If I can make that choice to go onto a store and buy cigarettes, chewing tobacco, beer, and the millions of over loaded foods containing the biggest poison of all....sugar...then I sure as hell should have the right to vape.

Member For 2 Years
I do think that there should be rules and regulations to vaping. I think it's it's a good idea the FDA is looking more into vaping. I want to know the devices and juices I buy ARE safe to use. That not just any John can decide to make juice and sell it or devices that are not made carelessly. But to try to label vaping as bad as smoking or take it away all together while not touching cigarettes? That's absurd. If the FDA said " alright...we are cracking down on ALL nicotine" and was going after Vaping, Smoking, Chewing. Hell leave Chewing out and just going after smokable tobacco (although vaping has nothing to do with Tobacco what so ever yet is still labeled as such) then I would get it. I wouldn't like it or support it..but at least it would make sense. But going after JUST Vaping while ignoring cigarettes? What?


Let me play devil's advocate for a minute. Let's say for a minute all this stuff they are saying about vaping is true. It causes popcorn lung, flavors are targeting teenagers, all of it...now remember I said let's PRETEND...because those of you who have actively joined this witch hunt against vaping won't believe anything else...so for the sake of argument ill give these to you.


So let's do a tally.
When you vape you inhale
1) Nicotine- can inflame the lining's of the lungs, raise blood pressure, ect.
2) Diacetyl- can give you popcorn lung( remember pretending)
3) wet condensation into lung
4) Heating coils dangerous?
5)Go ahead and add something here too.


So 5 "bad" things? Now let's look at cigarettes
When you inhale a cigarette (we will JUST focus on the worst of poisons)
1. Nicotine
2. Formaldehyde
3. Radioactive metals- specifically Lead-210 (Pb-210) and polonium-210 (Po-210) are present.
4. Benzene- is another carcinogen, and is specifically linked to leukemia. It is also used to produce nylon and gasoline
5.Ammonia- is a very common household chemical that is usually reserved for cleaning
6. Tobacco-specific N-nitrosamines (TSNAs), are naturally occurring carcinogens that are enhanced during curing to become some of the most potent cancer causing agents in not just cigarettes, but smokeless tobacco products as well. Lung, liver, pancreatic, and possibly cervical cancer are all linked to exposure to TSNAs.
7. Arsenic is used in pesticides on tobacco plants. It can cause coronary damage and is also a carcinogen.
8. carbon monoxide that replaces some of the oxygen flowing through the bloodstream.
9. Cadmium, a carcinogen used to make batteries shows up,
10. Acrolein, previously used as a chemical weapon.
11. Risk of cancer to the mouth from the metal burned and inhaled in #3 listed above and stained teeth from tar
12. Tar- Tar in mouth, throat and lungs
13-5000. Tobacco smoke is a toxic and carcinogenic mixture of more than 5,000 chemicals.
https://www.ncbi.nlm.nih.gov/pmc/articles/PMC3084482/
This is the link to the information I listed above so you can check it out on your own.
So..tell me again how everyone is sooo worried about vaping while not saying or doing anything about smoking?

Let me help. It's all about the Benjamin's baby! $$$$
How many BILLIONS of dollars do you think these Tobacco companies have lost these last few years since vaping has gained popularity? I have no doubt they are leading this witch hunt and who knows what money is being thrown around and to who it's being thrown too too put this dangerous label on vaping. But it's a complete crock of crap. I seen an add just the other day for a bottle of Liquor. The bottle was frosted to resemble bomb-pops. It's on my page. Now I don't mind that what so ever. But if their gonna say vaping targets youth...well wtf is that? It should be obvious to anyone this is JUST about vaping.

We have became so obsessed with shielding our children from every single bad thing and temptation out there and if people can't see how it's affecting the world.....that really scares me. Let parents be parents.


Now these are just my opinions. You can agree, disagree. Whatever your heart desires. But the people who’s minds are made up and are dead red that vaping is so bad…there is no changing them. I just get so tired of seeing people with a platform throwing out misinformation about vaping. Recently Good Mythical Morning got into it. And I loved that show. Watched since season 1 with my kids. But not anymore. Not for me.

Platinum Contributor
Member For 3 Years
I just recently found out these exist.

Al Capone said:
There are three ways of doing things around here: the right way, the wrong way, and the way that I do it. You understand?
Click to expand... 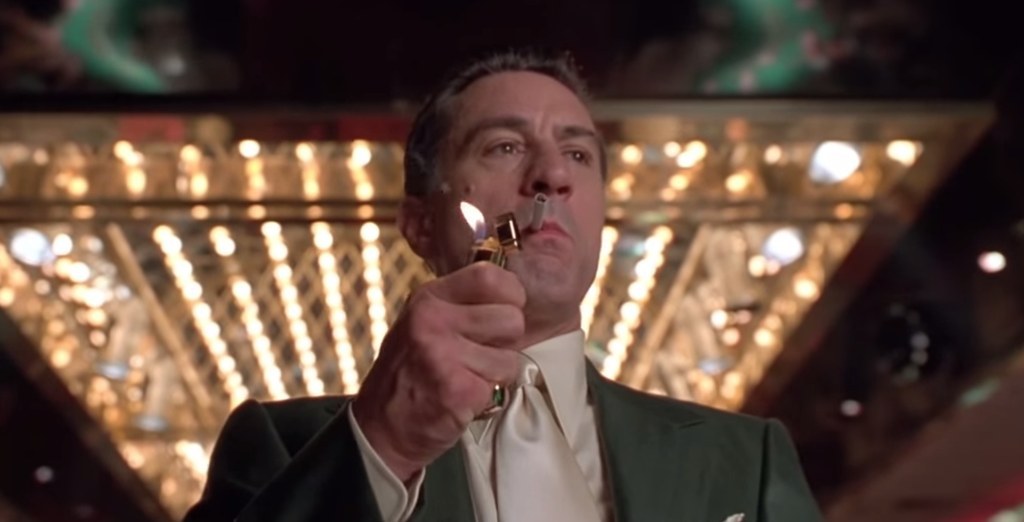 Member For 1 Year
I chewed tobacco, mainly Skoal for about 20 years and there were multiple flavors. I for one turned to vaping for a safer alternative to quit but you don’t see the FDA putting a ban on Big Tobacco for their flavors. This is all money driven. Big Tobacco lining the pockets of the government, losing revenue on sales and the government losing revenue on the taxes due to many consumers quitting and choosing a safer alternative. Just my two cents.
You must log in or register to reply here.
Share:
Facebook Twitter Reddit Pinterest Tumblr WhatsApp Email Link