For most of this review, I’m going to focus mainly on the differences between the original Gaur 21 and the new Gaur 18. 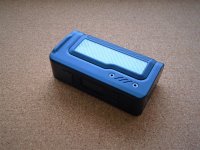 Mod, USB cable, manual – it’s a mod, I wasn’t expecting anything else. 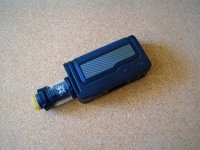 Differences between the Gaur 18 and 21

Thoughts on the changes 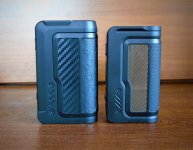 However, there is once change I noticed:

The only differences you need to care about between the Gaur 18 and 21 are battery life, dimensions and weight. The other changes are inconsequential (unless you really need the Wi-Fi app).

It doesn’t add anything to the functionality of the Gaur 21 – but that was already one of my favorite mods, so that doesn’t bother me one bit.