Here we are again, with your reluctant Modder/Podder Reviewer with another Pod AIO. Huge thanks out to Sue from @HealthCabin for not only sending this out for review, but shipping out the Gunmetal, as it WAS a looker. Hero or Zero ?? Read on ................... 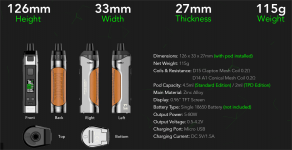 Frustration free packaging, always a plus. 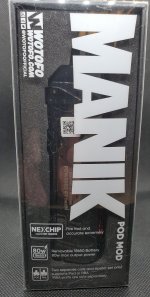 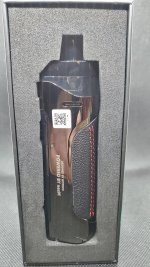 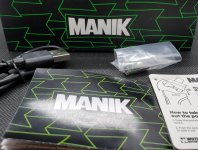 Unlike many pod systems out there, not too many parts or pieces to keep track of, and usage couldn't be simpler. 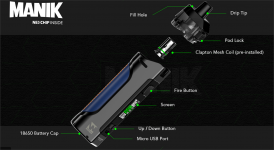 Despite holding only a single 18650 battery, this setup felt VERY good in the hand. Very high end finish, fit, and feel, and reminded me of my Paranormal in that regard. On this color the Gunmetal looked outstanding, and was offset by black leather and red stitching. 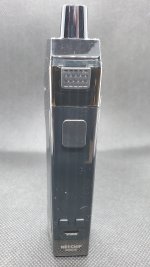 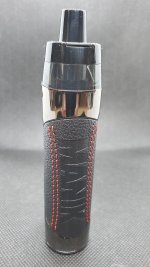 Member For 4 Years
The battery lid, catch, and mech were similarly finished, smooth to operate, and had no rattles, or accidental openings with a nice negative sign, alerting you to positive up !!! 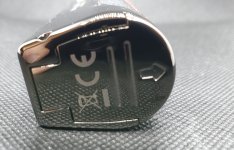 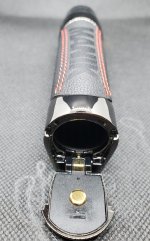 The 0.96" TFT display was sharp, and clear, with limited and easy functionality. The fire, and adjustment buttons worked well, no rattling, and were nice and clicky. Pressing the fire and + buttons you could cycle through all of the available display colors. 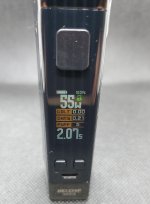 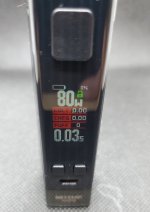 The pod was fairly monolithic, with a fairly tinted body, and you could see the juice level with some effort. The texture on the pod release button was also a plus. 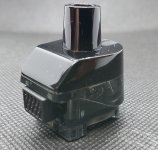 The mod and pod connections were flawless, and Wotofo stated that they sealed watertight. 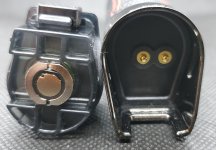 Removing and inserting the pod were stupid easy, by depressing the release button, and tilting the pod in/out. When fully inserted you received a satisfying click. 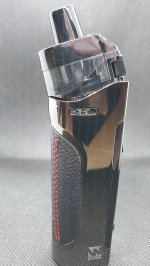 The pod had the familiar rubber tab covering the fill port. 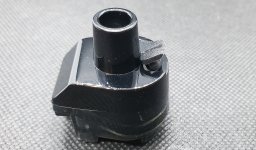 No cosmo bottle filling, but needle tip bottles were no problem.

Once filled, and with enough backlighting you could see your juice levels. Dual (fixed) airflow slots were built into the mod for all your airflow needs. 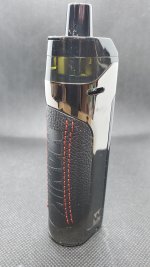 Coming from an apprehensive mod/podder you could say I'm on the prowl for anything that doesn't work right. First off, the nexCHIP chipset claimed 0.001s firing speed, and it damn sure felt like it. Super quick. While somewhat limited in functionality, you really had everything you needed, with nothing major missing.

I ran it from 0 to 80 watts, and it actually produced a very warm vape at the top end, and my preferred wattage settled in to about 45-50 watts. Flavor was on point with no major take-offs, but I did have some missing pastry elements in some of my bakery tests, but nothing major. The 4.5ml tank kept the party going nicely without constantly having to re-fill, and both provided 0.2 ohm coils worked great with no issues, dry hits, leaking, or gurgling. The airflow was fixed, but seemed fairly middle of the road, and worked fine for DTL vaping. No MTL on this system.

The fit and finish on it def. reminded me of my Paranormals, felt great in the hand, and the super quick firing was noticed every time. Easy to use, fill, and replace coils in, left it sitting in the pretty damned good camp.

This will make my SECOND pretty damned good Mod/Pod review in a row, and I'm starting to see a trend here. If you think you don't want to try a pod system, you might want to re-think that. This kit proves, they have come a long way. Very easy to use, fill, and carry. Basic functions, but didn't leave anything out. Fast firing, with adequate flavor and vapor production, made it hard to fault this one. Minor take-offs for some bakery truncation, but that's about it. It's not always convenient to stuff your 2-3 batt cloud chucker in your pocket when out and about, and this one, might just surprise you.

Thanks again out to Sue @HealthCabin for sending this out. As of the writing of this review, I found out that they are close to releasing a RBA pod for this one !!!! So let that sink in with all the upcoming PTMA, and Shipping Bans we're all talking about. 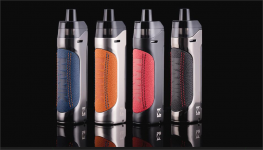 If you've made it this far, thanks for taking the time to read to the bottom, and you get the Bonus Pic. 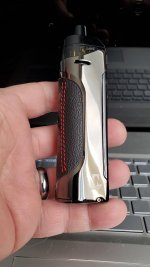 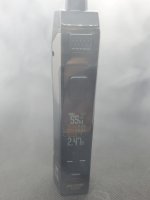