I started vaping in the Fall of 2020 with the primary goal to quit smoking cigarettes. I have been smoking for over 35-years, over a decade of unfiltered, hand-rolled cigarettes. I smoked hand-rolled so I wouldn't ever have butts to litter but know my nicotine and tar intake must have been pretty heavy, and my wife quit smoking, so I knew it was my chance to try. I have never been able to quit cold-turkey, and the medications just messed me up. I tried vaping to quit after watching a good friend have success. He even gave me his old mod and tank, but I gave up quickly. Too messy, unpredictable battery life, and the main reason being that my partner still smoked and I knew vaping wasn't meant for me.

Fast forward about a decade, my partner had quit, and I was looking for more tobacco. My usual stuff was always hard to find, I was traveling, and the only place that had it was a vape shop that sold a few tobacco items. I decided to take the plunge and asked for recommendations. The guy who worked there set me up with a Novo pod system and some Glas Basix Butterscotch Reserve (6mg/ml). I liked the initial experience, and using a pod even helped to mimic the MTL feeling of smoking a cigarette. It tasted way to sweet to replace the cigarette experienced, but the flavor was good. I also purchased what would be my last pouch of tobacco that day and finished most of it on my trip. Upon my return home, I informed my wife of my decision to vape and not smoke any longer. I think she was pleasantly surprised.

Vaping on that 6mg juice just wasn't satisfying, I felt like I was chain vaping for hours and my battery would run out. I made my way out to a local shop for a second pod mod (Novo2) and some additional pod/coils. I also picked up some store-brand juice at 12mg in hopes that I wouldn't have to vape as much. The longer battery life was great, and it used the same pods, but the capacity left a lot to be desired. And the juice flavor was pretty boring on its own. (Churro Treat?) I ended up mixing the churro with the BR and found that vaping at 9mg was perfect for me. But I still hated refilling the pod so often, so I picked up the Nord. I figured replaceable coils meant less waste, and larger capacity tank would solve my refilling frequency issue.

I think the Nord (and probably Novo/Novo2) are really meant for salt nic use, but the 25W on the Novo2 still provides plenty of flavor and vape, while maintaining the MTL draw of smoking. I still use it to taste-test new juices when I have fresh pods available. And they are just so darn convenient and stealthy.

Being an ex-smoker, I am still looking for the perfect tobacco juice and thing I have come close. But I also want to move away from tobacco flavors eventually, worried that it might be too easy to "try" a cigarette again. Fruit flavors aren't doing it for me yet, but I am still searching.

I started discovering all of the community groups on Facebook, reddit, and instagram and was amazed by the community. From the DIY mod/coil folks, to the cigalike users, drippers vs. tank users, and all the juices. So many juices, so little time.

I still use the pod (mostly the Novo2) but I have recently purchased the GeekVape Aegis Max that came with the Zeus Subohm tank. A user on another site sent me another tank that can be used as an RTA or use Falcon coils along with a bunch of pre-built coils and Bacon Cotton, so I am looking forward to building my own RTA. I also purchased the TFV12 RBA edition, and found a good deal on a second Zeus Subohm. I still need to add an RDA to my collection to embark on my first mission - EJuice Flavor Reviews.

Although it has only been a couple of months since I started vaping at the time of writing this introduction, I already know that there is so much about vaping I want to explore. I know I want to make a PWM mod (NLPWM) and brew my own juices. I want to meet-up with other vapers after this Covid-19 thing gets under control.

Look for ejuice reviews coming up. I hope to contribute to this community in a positive way.

Silver Contributor
Member For 1 Year
Just wait till you start seeing the cost savings..
the ability to Just breath... taste food
and not smell like a smoke stack.

its an amazing transformation.
congrats.

Platinum Contributor
Member For 5 Years
Great story, and glad you got to this point.

I also smoked for around 35 yrs, mostly rollies as well, and finally quit in 2012 vith vaping. Never looked back. 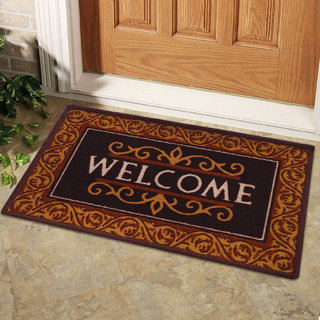 If ya ever need that extra old familiar kick, the NET's (Naturally Extracted Tobacco) are great. Our @Vash makes some great ones.

My name is Lucy and I am a squonkaholic

VU Donator
Diamond Contributor
Member For 4 Years
I'm late as hell but welcome to the Vu. The best tobacco flavored juice I've had was a diy mix from another member here. We got together and pif a little setup and some juice to a couple I was doing side work for. I'll pm her later today and see if she still has that recipe. Congrats on making the switch. You'll definitely feel a lot better. And be able to keep up with your wife since her lungs have healed.
I started vaping in 2015 to quit smoking same as you. Was a dual user for a long while. Then one of my kids asked me a great one. If I'm vaping to not smoke, why do I still smoke. I layed them down that day. I just quit vaping at the end of last year. Wasn't as hard as I imagined. But didn't plan on quitting. Just happened. Got kinda bored and didn't feel like vaping at work. Then same the next day and so on. I waited almost a month before I sold my collection. Just in case. Doing great. Now to get the wife off cigs. She beat lymphoma a couple years ago so that should be enough but hoping my complete quit will help too. Anyhow. Welcome aboard and congrats.

Sent from my LM-Q730 using Tapatalk

Bronze Contributor
Firs of all congratulations and second welcome to VU