Keep a word/ drop a word 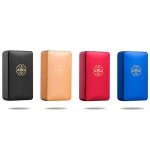 Car wreck *zaps that out of his mind*

Gold Contributor
Member For 1 Year
Permit Fish.
(I caught one yrs ago and they are a difficult fish to catch and highly prized. I didn't know what it was and when the guy we hired the boat from saw it he congratulated me on it telling me that where we were they are rarely caught. I was stoked! Not mine in the picture but what they look like. It tasted awesome.) 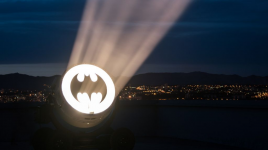 Platinum Contributor
Member For 4 Years
ECF Refugee
Wedding Reception -- Where my youngest brother revealed he had been sick all the way from Tennessee to West Virginia. He came to be my best man. He was sick from too much tequila.

It was this time he also told me he put my name into "The Book" of the Hell's Angel's. I chuckled and told him that was good. I had put his name in. We both shook our heads and laughed.

Me and him share mom. So he is technically only a half brother. Our vows to one another though make us full brothers.

A few nights back I was chatting with mom. She was saying he had twisted wrong resetting a garage door. He heard a rib pop, or at least a loud noise from his ribs. He had been in pain.

I asked if he had went to ER. She chuckled, "it's letting up". I then was typing in she had to stop sharing with him, as she typed in "I'll stop now." Yes, my family proves mental telepathy exists.

Knew both of them were enjoying some herb. Called him a dumb ass for not going to ER, his reply was to call me a pussy. We're both fibbing and know it. He unfortunately grew up seeing his dad beat me.

Told them I loved them and needed them being safe. Mom replied I do the same, we both chuckled. Yeah, anyway a wedding reception me and my wife, we all enjoyed.