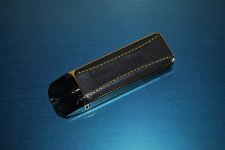 The Manik Mini is not following this trend – it’s a pod system that comes with replaceable pods and nothing else. Is this simplicity a benefit, or are Wotofo missing a trick by offering such a simple and bare-bones pod device? Let’s find out. 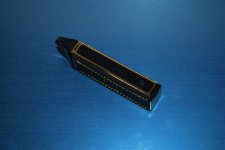 The first thing that grabs your attention is that it’s really well made and sexy, the combination of zinc alloy and leather is good, after three weeks of daily use, it still looks as good as new – it’s up there with the Luxe PM40 when it comes to build quality and sexiness. 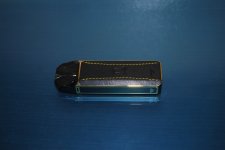 More thoughts on the pod 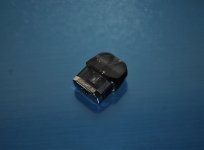 My main thought when reviewing the Manik Mini, was why are the coils not removable and should I care? 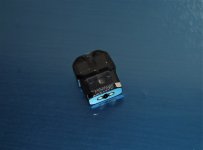 Is it due to cost? I don’t think so – my theory is that having a sealed in coil, reduces the chance of leaking – this theory is supported by the total lack of moisture anywhere throughout my testing of the device. Should I care? From an ecological standpoint, yes, I/we should. Less waste is good for the environment and the image of vaping – that’s something we have to deal with on a daily basis, I’m not about to lecture people on this subject, especially when I see the amount of disposable packaging that I put in the trash on a daily basis.

A lot of this comes from personal bias, but I prefer my pod systems to be simple, if I want bells and whistles, then I want a real mod and a rebuildable atomizer, so this suits me down to the ground.

What I think makes it great, is that it does one thing – MTL - and it does it well. No claims or attempts at going from tight-MTL to DTL in one device.