Gold Contributor
Member For 4 Years
Hello everyone and welcome to Pizza Dave’s vape reviews. Today I will be reviewing the Uboat by Kangertech. This device was sent to me by Urvapin for review. 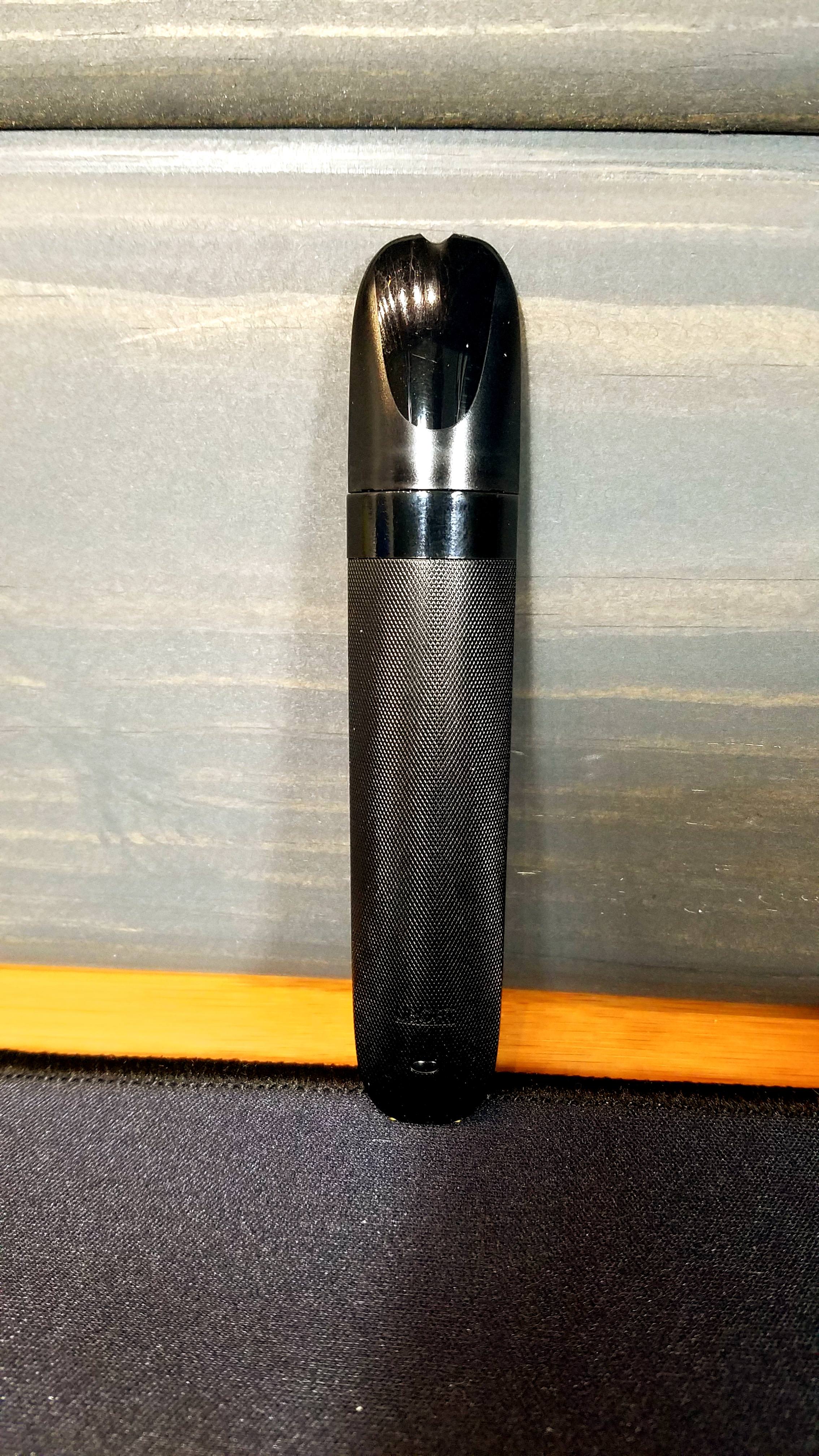 
Ah, the Uboat… not just the name of a half boat / half submarine anymore! The Uboat is one of Kangertechs latest entries in the fast growing pod market. This device features a 550mah battery, 3.7v output, and has a ceramic 1.5ohm coil pod. I don’t have much hype to give so let’s dive right in to this simple device and I will give my final thoughts down at the bottom. 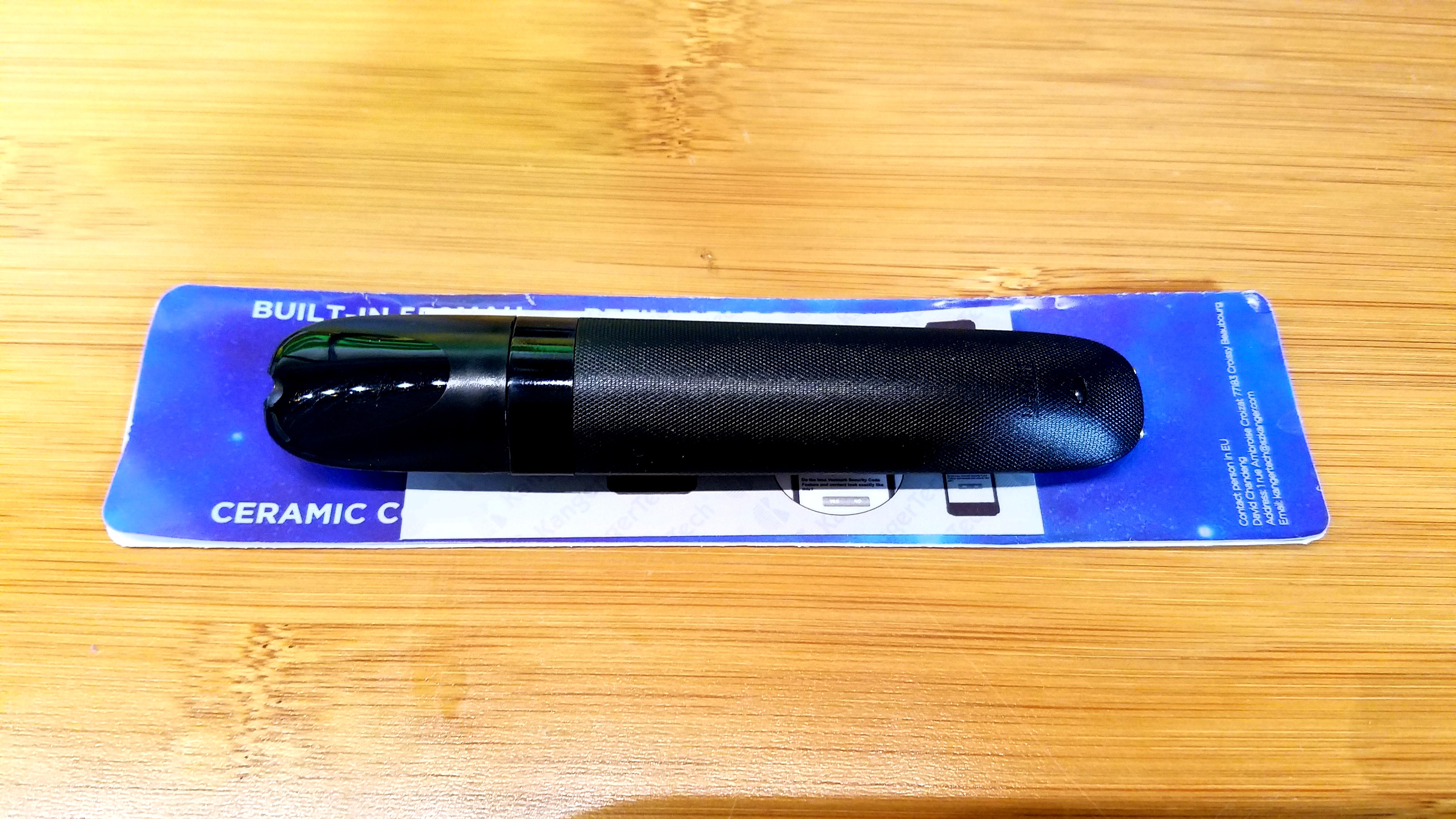 
The Kangertech Uboat is a very simple device. It features a pod system with a refillable replaceable cartridge instead of changing out coils; however this pod has its fair share of flaws. In order to make it look sleek, they tinted the pod too much and I could hardly see how full it was. The second flaw with this pod system is the fill port itself. It is very small and made it impossible to fill with a dropper bottle. I was forced to use a different liquid, all because it came with a smaller tipped bottle. 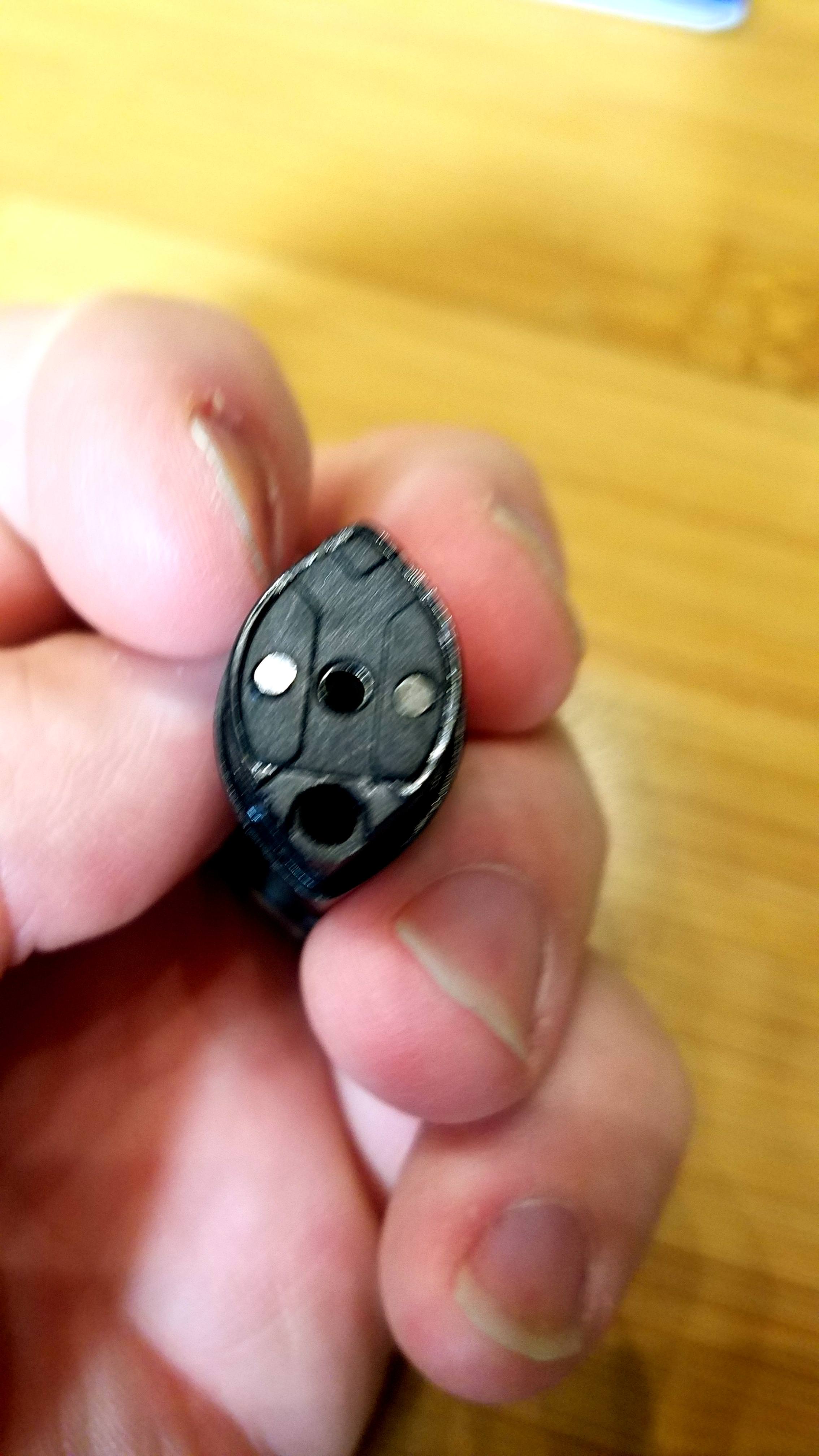 
Operating the Uboat is simple, thanks to an inhale to fire switch. Simply grab it, puff it, vape it. I have mixed feelings about these styles because they are a point of failure. They are very convenient and offer a no confusion operation for those switching from cigs. I have said this before, but I have heard smokers complain about pushing buttons on a vape. They just want to inhale like they have for years. If that’s all it takes to get someone to switch, then I am all for inhale to vape type of starter kits. As for any other features, it does have a battery indication LED near the bottom of the device. It is red while charging, green when fully charged, and is white while vaping. The white light will flash 10 times and stop function once the battery is low. I never witnessed an indication that battery was low before getting to the end of battery life, so I found myself tossing it on the charger halfway through the day to make sure it would make it all the way to the end of my day. This was probably way too precautious because the battery does last quite a while. I vaped over half the pod before it died the first time, and that was after using it at work, home, and on the go quite a bit. When it is time to charge, Kangertech includes a charging “dock” for this device. It is essentially a proprietary piece that fits snug over the end of the device. It has two flaws related to that. 1, its proprietary where many other units on the market use a standard usb. 2, The attached cable is only about 6 inches long, so it limits where to set the thing to charge. 3, if this charger gets lost or broken, toss the device because good luck finding one locally. 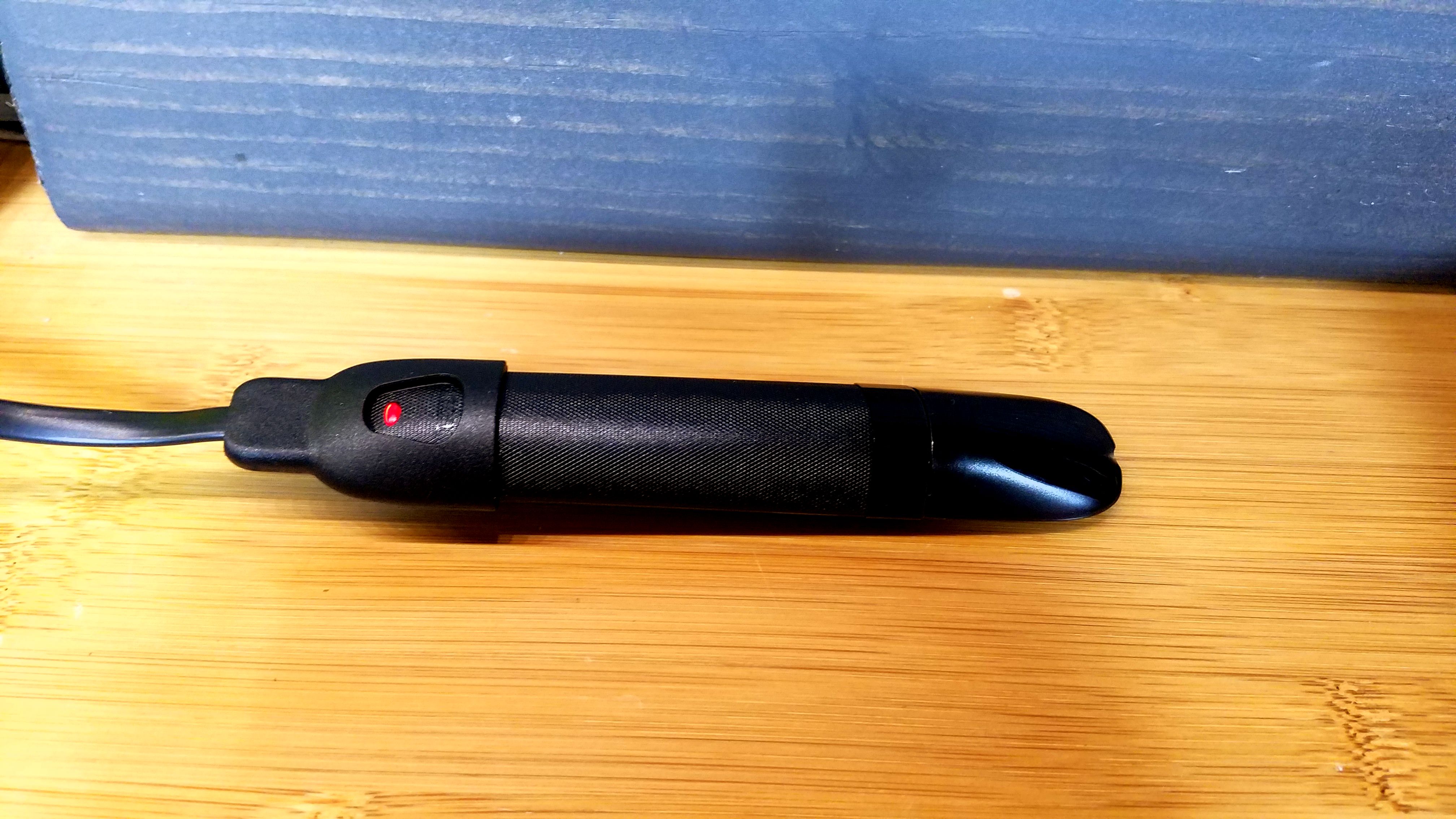 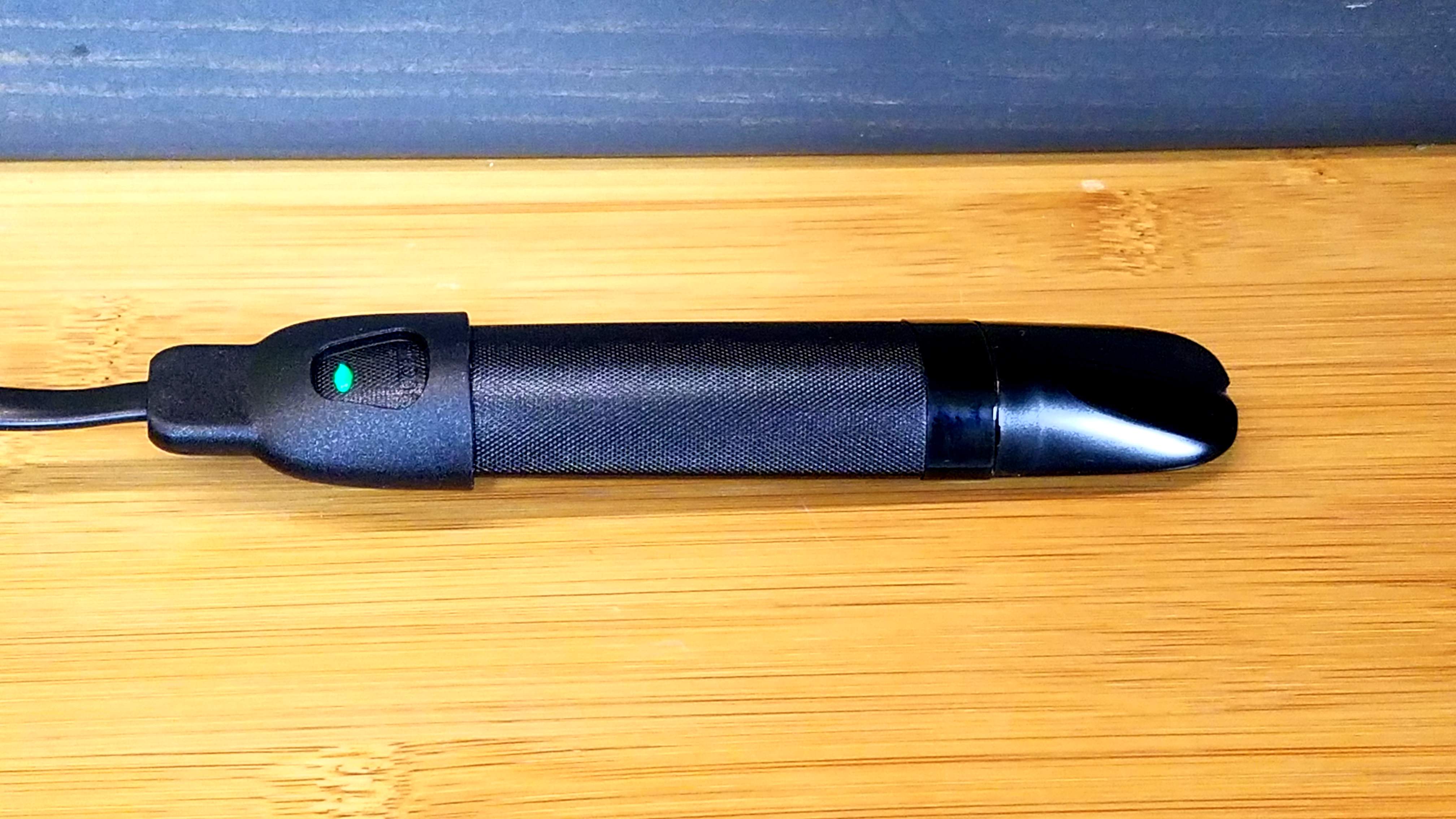 
First off, I filled the pod, and waited 1-hour white I topped off the battery out of the box. From that point I was ready to vape. From that point, I was instantly let down. The flavor was awful. It produced vapor, but it didn’t taste like my liquid. I pushed through and vaped until the pod was half full (which took a long time). The flavor finally started to come out, and it turned into an OK vape. Considering I received this at the same time as several other pods/starter, I had a lot to compare with, which probably knocked down what I think of it. The flavor never really gets that great, and the vapor is minimal.


Pictured next to a Joyetech Exceed Edge 
The Uboat is just another pod system, and it isn’t executed well. I don’t like the style of it, the filling of it, the flavor from it, or even charging it! This device had more cons than pros for me, but it is quite affordable. It would work for a new vapor that is looking to switch to vaping without committing to spending a lot of money. However, there are other devices that work better than this for a similar price point. I will be the first to admit that I didn’t use this device as much as some other pods I’ve reviewed because it just didn’t do it for me. I had to force myself to use it just for review’s sake, and that should be an indicator of where it stands in my opinion.


- Filling is difficult to perform

- Liquid level is difficult to see

Thank you all for checking out my review, and thank you to Urvapin for sending it my way for review.


If I didn’t scare you away with this review and you still want to try it, head on over to Urvapin.com, where it can be purchased for $18.65. It is listed all over the net, and some even list for nearly half that price.


REVIEW CRITERIA: I use each item for about two weeks to ensure I have collected enough data to adequately write a review. I use the same e liquid in tanks or rdas throughout all my reviews to ensure that I am comparing apples to apples between all modern equipment. I do not post reviews until I feel confident that I have used it enough to give an educated review. The reason I started doing reviews was due to poor purchasing decisions in my vaping infancy about two years ago. Back then, I purchased several different pieces of hardware without really enjoying it and I hope my reviews can guide people into spending their hard-earned money more wisely than I did! ****Keep in mind that some items I receive may be pre-release and not in retail packaging. Quality may be less than the finished product and what is in the package may differ from the retail package as well.
You must log in or register to reply here.
Share:
Facebook Twitter Reddit Pinterest Tumblr WhatsApp Email Share Link